To find out more about cookies, what they are and how we use them, please see our privacy notice, which also provides information on how to delete cookies from your hard drive.

The Belt and Road Initiative - why is it so important?

China's Belt and Road Initiative (BRI) presents a wealth of opportunity along major global land and maritime trade routes. But how can business owners outside China take advantage?

It is five years since the rest of the world became aware of Chinese plans to become a champion of globalisation and free trade through the previously dubbed "One Belt One Road Initiative" or OBOR, a USD$1 trillion infrastructure programme that affects Asia, the Middle East, Europe, and Africa. Over that time, 68 countries and international organisations have signed up for the project.

First proposed in a speech at Nazarbayev University in Astana, Kazakhstan by China’s president Xi Jinping, a main driver for BRI is Xi’s commitment to turning China’s emerging economy into a ‘moderately prosperous society’ by 2020. China’s president has set the same tight deadline for ensuring all of his nation’s rural populations are out of poverty.

This might seem an easily achievable target for the world’s second-largest economy but, in terms of GDP per capita, China is currently ranked 79th in the IMF’s 2017 rankings, putting it alongside the likes of the Dominican Republic and Iraq.

If these challenging targets are to be met, then new trade routes connecting China with the rest of the world are essential. It will also allow China to move up the value chain by producing finished goods as manufacturing moves to countries such as Cambodia, Vietnam and the wider APAC region.

But while it is easy to see the scale of the opportunity along these historic trade routes, how can business owners gain exposure to this massive multi-generational project? And how do they best engage with Chinese businesses?

An initiative on the scale of BRI sends out two clear messages. First, in terms of direct Chinese capital investment, hundreds of billions of Renminbi will pour into the development of railways, ports and power stations along the trade routes. Second, these developments will stimulate domestic investment. So, if they are not already, dynamic companies should be looking to understand the opportunities it presents if they want to be part of the next chapter in global trade.

Xu Hua, CEO of Grant Thornton China, said “Belt and Road brings immense opportunities for growth. However, without a deep understanding of how to work with China and the Chinese, corporations will miss out. Getting the right advice from the right advisors will pay dividends in both the short and medium term.”

The most significant area of opportunity lies in large-scale infrastructure projects. One of the most high-profile has been at the Sri Lankan port at Hambantota, which “will one day resemble Shanghai” with maintenance, oil storage and refueling facilities. The site has been the subject of a USD$1.1 billion purchase of a 99-year lease by one of China’s largest state-owned companies, China Merchants Group. The port is only a few miles from the main Indian Ocean sea lane linking the Suez Canal and the Malacca Straits, a key route for Chinese imports and exports.

A boom for the CIS

One region that has seen a significant influx of investment is the commonwealth of independent states (CIS), which separates China from Europe. Gurgen Hakobyan, Regional head for the CIS and Mongolia of Grant Thornton International Ltd, says that China’s volume of trade with CIS countries is approaching USD$100 billion a year.

“The largest chunk of the trade with CIS is with Russia and related to oil and gas. But all the CIS countries enjoy a significant level of investment,” says Gurgen. “China became more active in the region about five years ago. They had been investing in mining and construction projects in Central Asia, but then started to shift investments west and have now reached Belarus, where they recently invested USD$3 billion to build a big terminal for goods to be transported from China to Europe.”

Gurgen adds that Kazakhstan is one of the main beneficiaries of Chinese investments in Eurasia. Chinese-Kazakh bilateral trade volume amounted to USD$7.87 billion in 2016, putting it second only to Russia (USD$66.1 billion). The oil sector has played a major role in this. Kazakhstan’s oil exports are forecast to increase by 50% by 2020 – a large share of which will be used to meet China’s growing demand. Kazakhstan aims to provide 22 million tons/year of oil to China by 2020, up from an estimated 12.1 million tons in 2011.

Closer ties with China are mirrored throughout the CIS. In Uzbekistan, as of 2016 there were more than 700 Uzbek companies with Chinese capital and the two countries have signed a package of bilateral covering trade and economic projects, investment and financial cooperation for USD$6.3 billion, including investments, loans and grants from China worth USD$2.7 billion.

Even the EU-friendly Moldova has obtained a low-interest loan of USD$62 million from Chinese SinoHydro for the modernisation of roads in the country, while in June 2015, China Shipping Group announced the official launching of its container shipping services in Moldova, becoming only the second foreign company to operate in the country’s sole port of Giurgiulesti.

Azerbaijan is set to be a key transit country for the BRI and has also seen a steady flow of investment in recent years, it was one of the first countries to support BRI; as they believe it will diversify the country's economy and enhance economic cooperation.

In 2015 a Memorandum of Understanding on Joint Encouragement of the Establishment of “Silk Way Economic Belt” was signed between both countries, focusing on fund invests in infrastructure, energy and natural resources, industrial and financial cooperation. 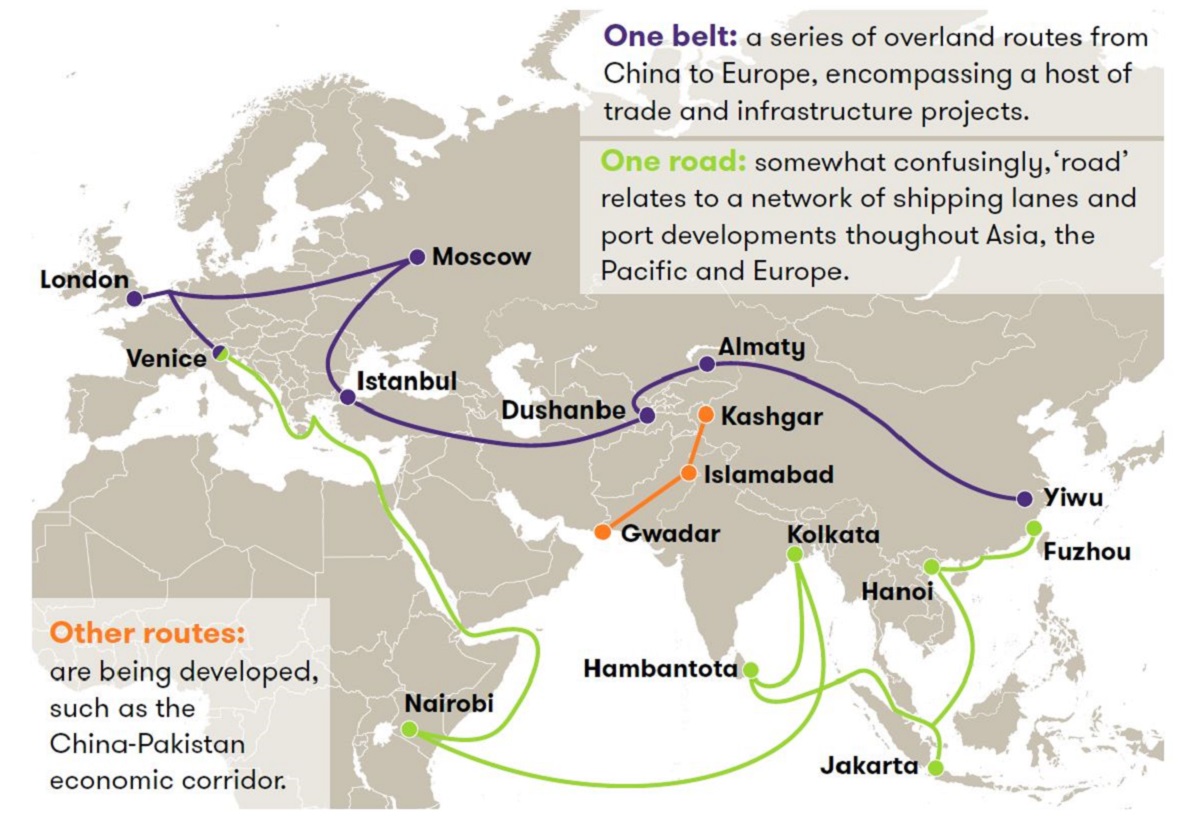 This is because Western brands have a reputation for quality and elegance in China and the country’s consumers are particularly brand-conscious. They are also getting wealthier fast. There were 1.6 million Chinese with at least 10 million yuan (USD$1.57 million) of investable assets in 2016, up from 180,000 in 2006. The growth has been so rapid that the country’s luxury consumers now represent a third of the global luxury market.

In part this is due to the convention for gifting. As the Marketing to China website notes: “The gifting of international branded products highlights one’s wealth, personal success and modernity. Almost every brand in China also provides a special gift packing service with its brand name because they know people are going to use their product as a gift.”

“The Chinese love brands,” agrees Jonathan. “If you have a successful brand, you can look to do a deal with a Chinese investor. They will mostly leave you alone, take your brand back to China and expand it. That’s certainly what we are seeing around middle-market businesses in Western Europe.”

But how easy is it for firms to take advantage of the opportunities? “It is not as easy as you might think,” says Jonathan. “First of all, the culture is different, so we have all learned how to engage with and speak to Chinese people. The main difference is in terms of behaviour, because of their expectations in terms of what they are used to when it comes to the business environment and relationships.

“A second issue is that the working relationship is much more challenging. And there is, of course, the language barrier. Chinese English can be good but it takes effort on our side, too. Fortunately, Grant Thornton International Ltd is set up to advise businesses looking to take advantage of the opportunities BRI presents,” says Jonathan.

“Where BRI is concerned, it’s all about identifying and making the best possible use of the significant opportunities that are emerging,” agrees Panos Vodinas, who heads Grant Thornton’s China Europe Business Group (CEBG).

“Even for dynamic businesses, selling into a new market and setting up operations in another country is a step into the unknown. Lack of familiarity with the territory or little experience of doing business overseas means it can be difficult to bring plans to fruition,” Panos explains.

“Whether it is a Chinese organisation considering investment in Europe or a European business looking to enter the Chinese marketplace, they will need to identify strategic business or investment partners,” Panos adds. “They also need to understand the local complexities of the markets they are entering. Clients can access the expertise of our member firms through our CEBG to identify and realise the right growth opportunities.”

For the CIS, the opportunity is there for the taking. “We are a natural transit route for China and Europe to trade with each other as the Eurasian part of BRI goes through our countries,” says Gurgen. “It means there is a clear opportunity for us to capitalise on this and the possibilities it brings. We are already helping CIS firms on their learning curve to prepare themselves.”

To find out more about how you can take advantage of Chinese outbound investment opportunities, contact us

How China is extending its economic reach? 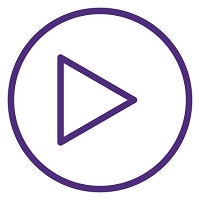